Vision Statement:
To see parents and children experience the benefits of Bible-based, Christ-centered, society governed education in order that they might be prepared and equipped for a life of service as disciples of Jesus Christ.

Rationale:
As Christians we are taught to model Ephesians Chapter 4; “Be completely humble and gentle, be patient, bearing with one another in love. Make every effort to keep the unity of the spirit through the bond of peace”.

Jesus taught:
In an effort to live in accordance with the Biblical pattern of dealing with disputes Jesus taught “If a brother or sister sins, go out and point out the fault, just between the two of you. If they listen to you, you have won them over. But if they will not listen, take one or two others along, so that ‘every matter may be established by the testimony of two or three witnesses.’ If they still refuse to listen, tell it to the church, and if they refuse to listen to the church, treat them as you would a pagan or a tax collector.” (Matthew 18:15-17)

Christians are called upon to resolve disagreements amongst themselves and to ‘live in harmony’ with one another.’ (Romans 12:14)

If we have a concern about, or complaint against another member of the school community, the first step is to take it to the person directly and deal with it in a Christ-like manner.

In an effort to live in accord with the biblical pattern of dealing with disputes, the following will apply in the school community:

A great deal of formal and informal communication occurs within the Delta Christian School community and it is not the intention of the school to restrict the relationships that are an important part of the life of DCS. In order to minimize the potential for harm to the school and the members of the DCS community, the principals of Matthew 18 should be followed, not in a legalistic way but as a model given by Christ himself for us to follow.

* In the first instance, DCS requests that there is an attempt to informally resolve the issue. If this is unsatisfactory or does not result in a resolution of the matter, the school’s internal formal complaints handling procedure will be followed.

* The process of this appeals procedure is confidential and any complaints are a matter between the parties concerned and those directly involved in the complaints handling process.

Policy:
Delta Christian School will seek to address and resolve relevant school-related grievances, complaints and appeals by staff, students and parents in a gracious, God-honoring and timely manner.

Principles:
* Grievances should be treated seriously and sensitively, having due regard to the procedural fairness, confidentiality and privacy.
* Grievances should be handled without delay and directly with the people involved. For these reasons persons with concerns should raise them as early as possible.
* Wherever possible, grievances should be resolved by a process of discussion, co-operation and conciliation. The aim is to reach and acceptable outcome which restores and maintains good relationships.
* Support should be provided to the person bringing the grievance and the person against whom the grievance is made.
* No person should be victimized because they raise a complaint or are associated with a grievance.
* Frivolous or malicious grievances should not be instigated. All parties are expected to participate in the grievance in the appeals procedure in good faith.
* This policy should be published in conjunction with the Staff Handbook and other relevant policies.

Procedure:
When an appeal is made the higher authority will:
1. Determine whether the situation is grieve able or not. The goal is to have the problem settled at the lowest level as possible.
2. Verify that the process was fair and a genuine attempt at a solution was made by both parties. If not, the matter will be referred back for a second attempt at resolution at the lower level of authority.
3. If the requirements for fairness of process were met and a resolution was not found, the higher authority will make a decision based on the facts provided.

Please email or call for assistance. 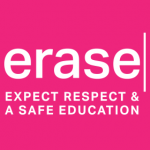 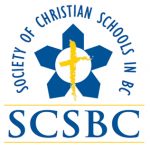